Let me tell you a little bit about me and my background.

Being raised in the Pacific Northwest was a beautiful adventure. My dad and I went fishing, clam digging on the shores of the Pacific ocean, and took drives to nowhere in the hills and valleys. I rode my bike for hours on long roads with the smell of fresh cut grass and the wind in my hair. I was a happy child.

As I grew up, I became aware of the fact that we were poor.

Being poor is knowing exactly how much everything costs.

Being poor is knowing my friends never come to my house.

Being poor is living next to the freeway.

Being poor is receiving a letter from a top University, naming you as one of three advanced students in your class invited to test into their scholarship program, is just so much fire starter because the $300 it costs to take the test may as well be $3 million.

So my parents simply refused to fill out the paperwork telling me, “College is no place for a woman. Go get married.”
That’s what it’s like when your parents never graduated from high school. I was devastated and yet determined to find a way.

Now we are talking about the early 60s. Women didn’t have the freedom of choice they do TODAY! Obviously my parents’ vision of my future was not mine.

I made a promise to myself as a teen to do whatever it takes to achieve what looked to me as – an unrestricted existence – or what you could call FREEDOM. The freedom to do what you want, when you want, and with whom you want throughout your life…if you choose to.
So what did I do? I worked 2 jobs to save money to pay for college. At 17 I left home. I made a choice to persist until I succeeded.

You may remember how the 1960s were a time of change in America, an era when safely guarded innocence gave way to explosive social revolution. I decided to move to New York City, the Big Apple, with big goals and even bigger dreams.
The opportunity to work in Hugh Hefner Playboy Club had great appeal. As Bunny Gypsy, my sort of stage name, donning satin ears and a fuzzy cottontail was an act of liberation—a chance to bridge the gap between being a girl and becoming a woman, to earn more money than my father ever fathomed, and to find my way in a world that would never be the same.

Looking back there were several times in my life I found myself standing at the crossroads – give up, give in? It just wasn’t in my nature to give up.
I attribute much of my success to the time I spent at the Playboy Club. It was a fantastic organization in that they had impeccable customer service. They liked consistency and conformed to a strict set of rules. I got to watch a lot of different types of people and learned human psychology up close and personal. I also learned that the choices you make can have massive consequences. I not only made great money, I had fun! On New Year’s I carried a tray of cigarettes and cigars and walked around the 3-story Club to the different entertainment rooms and shouted, “Cigarettes, marijuana, condoms, cigars!” That got people’s attention!

Laughing made walking around in 3 inch heels a lot more doable.

It wasn’t all glitz and glamour like most people thought. I treated my job like a business. I wasn’t there to just push drinks and do the Bunny Dip. Bunny business was serious business.

Wherever I worked, I asked questions and observed. I loved people and found it fairly easy to make friendships and solid connections in New York. I was a photographer, dabbled in acting and did some voiceovers, etc. They were all good learning lessons, but I wanted more.

In my mid-30s I had a an idea that I knew was a winner. I created Suzanna Abbott Inc. — my very own fashion accessories design company. I started out from my kitchen table and did everything, from soup to nuts, myself. Fortunately, my first fashion show brought in $35,000 in sales. That was enough money for me to hire a permanent seamstress. I moved into a large, professional studio.

Within a few short years, I was at the top of my game, bringing in millions of dollars in annual revenue. We sold to every major department store in the United States. My creations were shown in Vogue, Elle, Bride’s, Harper’s Bazaar, Essence and New York magazine. I will never forget one outstanding month in December when Suzanna Abbott, Inc. sold $100,000 to Saks Fifth Avenue with a beautiful line of different products. We would fill orders and within a few days they would call and order more. My scarves and capes were flying off the shelves!

So what happened? My glamorous lifestyle – on the cover of top magazines, penthouse, personal driver, personal appearance, fashion consultant to the stars, dripping with diamonds – all of it came to a screeching halt due to a serious health issue. After a 7-hour operation, my oncologist told me that all of the tumors were benign. Thank god! I was like a cat with nine lives. By this time, I had developed a real knack for bouncing back. You could say I was a comeback artist. I was sure that there would always be a new idea, new dream, or a new business to create.

In a daring decision, I moved to my country home in the Catskill Mountains and enjoyed a totally new lifestyle, surrounded by nature and wildlife, for 17 years. So much had happened to me. The question now was, “Who do I want to be?”

In 2008, like the United States economy, I went from unprecedented prosperity to hard-to-believe (and harder-yet-to-swallow) unprecedented misery. I was one of the thousands upon thousands of Americans who lost everything in the Great Recession. The spa business I had started in the Catskills and my investment portfolio shriveled and— worst of all— my home lapsed into foreclosure.

I fought for 3 years, but was finally evicted in January 2012. And I was now in my 60s! I felt angry and powerless, and terrible questions haunted my every waking moment, “What will become of me? How am I going to survive on Social Security and food stamps? What if I’m too old to start all over again?” How could this have happened to ME? I’d created business after successful business. It was humiliating. I expected to be able to enjoy my golden years. I cried a trail of tears.

Then one day a total stranger called and told me about a new Network Marketing company that was selling what scientists, investigative reporters, and seasoned sales executives were calling a “miracle pill.” This little yellow pill promised to turn back the clock on aging AND possibly prevent chronic diseases like cancer, diabetes and heart disease.  Wow! I had a vested interest in this – and what an opportunity!

Out of nowhere, this wonderful, new and exciting business opportunity was dropped right into my lap. I agreed to give Network Marketing a try. I had come out of the ashes like a Phoenix many times in my life. So, why not NOW? I knew others in Network Marketing who were big earners. Why not me?

Now, I knew little to nothing about MLM at first – this was a whole new ballgame for me. I knew I had a lot to learn. But I am a woman with a passion for the impossible! I refuse to let obstacles, challenges and distractions stop me from going for my dreams, visions and goals. I have learned how to turn adversity into advantage, how to learn from my mistakes (and the mistakes of others), and ultimately how to powerfully and passionately move forward to achieve success on my own terms!

And guess what? I want to tell you, joining a Network Marketing team was one of the best choices I could have made at this stage in my life! I love my life, the freedom, and I love the products and more importantly I can help others.

Now I can again say with enormous joy, “I am a 6-figure earner!” And this time, my income will be for a lifetime because it’s residual — the very best kind of income, because it comes from leveraging the efforts of other people. Would you believe I now have 87,000 people in my organization?!

I share this with you not to boast or brag, but instead to let you know that if I can turn my life around to be become a proud and financially independent business owner and Network Marketer, you can achieve your dreams too!

Thousands of people are entering Network Marketing because it is an inexpensive way for them to start their own business and save for their retirement.

It certainly hasn’t always been an easy journey. But I believe that if you have belief, dedication and persistence — plus the right tools, systems, skills, and strategies — you will succeed. And as my own story proves, you CAN go from failure to fearless.
And that’s why I am on a mission to educate, motivate and train men and women looking to increase their retirement income to succeed, and to support themselves throughout their entire lives through Network Marketing. But just like with anything else in life, success depends on the choices you make. There is no secret formula for big success in Network Marketing. But make the right choices, and you will see for yourself. 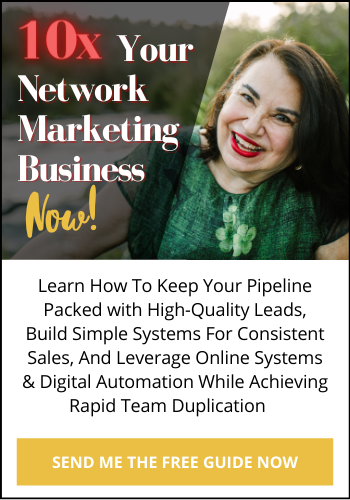 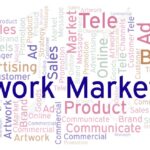 In the past, Network Marketing has gotten a bad rap. Nevertheless, for people who are committed to success and who are willing to work hard, Network Marketing can provide a great income, as well as the travel opportunities, fun, and “freedom” lifestyle that come with it! The thing is, some people mistakenly believe Network Marketing […]

It’s time to get personal. Really personal. I will be 75 in December. Yes! Just a few weeks away from the Big 7-5! As I approach this milestone, I wanted to share with you something very special. No, it’s not some new thang-a-dang, or a trick that keeps me looking younger. And no, it’s not […] 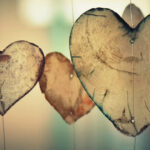 It’s a fact that we really can—and do—change our future by the choices we make. Choice is necessary to move forward toward the life you want to live. We must first choose our future—and then we can create it. The long and short of it is this: Success STARTS with a strong mindset – a […]

Looking For Something Specific?